We Have a Winner of NotMP3 Scholarship Program 2019! 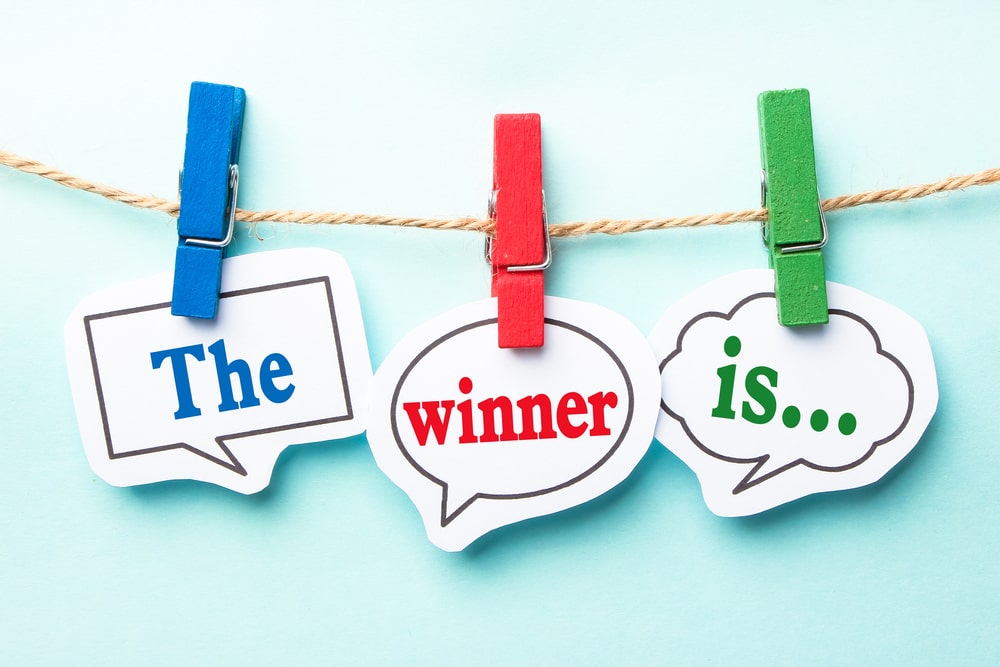 In December 2018, we announced our first NotMP3 Scholarship program to support young, creative students from all over the world during their study period and inspire them to share their ideas about the legality of downloading Internet content.

We received more applications for NotMP3 Scholarship award 2019, than initially anticipated, from a diverse range of students who are incredibly bright, passionate, and remarquable.

The NotMP3 scholarship committee reviewed each application and selected the recipient of $1000 scholarship for the 2019 Fall school year.

Our team wishes all students participated in NotMP3 Scholarship program 2019 the best of luck in all of their future endeavors!

We are very excited to announce Michael Bezoian, admitted to the first-year class for Fall 2019 of the University of Wisconsin Law School, as the winner of the NotMP3 Scholarship Program 2019. Congratulations!

Instead, this essay will focus on three popular activities on the Internet that fall into a legal “grey area”—that is, activities for which compelling arguments for the legality, or illegality, can be made by both sides. First, I will discuss the legality of extracting audio from streaming platforms such as YouTube and SoundCloud. Next, I will discuss the legality of using ad blockers. Lastly, I will touch upon the legal questions surrounding the “jailbreaking” of one’s phone.

Many of us have done it: we have wanted to get a song onto our computer or onto our phones but we haven’t wanted to pay the price to purchase it through iTunes, Amazon, or any other platform that allows us to buy music. Sometimes it has been far more convenient or economical to merely extract the .mp3 file from a YouTube video than it has been to purchase a song. There may be times, aside from those instances when we seek audio files merely for convenience or economic reasons, that we may need audio files for a project at work or school.

It might be impossible at times to purchase audio files, such as the audio of an obscure remix to a song, the audio of a lecture, or the audio of a funny video. Despite these instances in which the only way to get the desired audio is to circumvent purchasing the audio, there is quite some disagreement over whether extracting audio files from websites such as YouTube and SoundCloud, among others, is legal.

To begin with, the “YouTube to MP3″ converters were, in principle, legal but because of abuses in practice, were sued and, in some instances, shut down. In certain scenarios, using such “audio rippers” would be legal. Such cases include when the content belongs to the downloader, when the content is public domain, when the content has a Creative Commons license, or when the content falls within the purview of fair use or the T.E.A.C.H. Act (for educational purposes), In practice, though, vast swaths of “audio rips” are legally impermissible. Since the shutdown of these audio-ripping websites, other websites have sprung up that have provided alternatives, one of which being www.notmp3.com, which allows individuals to record, not download, audio files. To date, no laws have been passed or construed to outlaw recording audio for the sole purpose of personal use. Still, the realm of downloading audio remains a legal minefield that will develop, and likely change, with the passage of time.

Another legally contentious utility on the internet, even more ubiquitous than audio rippers, is the wildly popular ad blocker extension. Virtually all internet users find ads to be invasive and annoying and, consequently, they utilize ad blockers to access only the content they intend to view. On the other hand, though, ads are often times the only source of revenue for websites, especially those which offer services or programs for free.

A dilemma arises, then, for the website visitor: avoid ads and browse the internet conveniently but run the risk of websites shutting down because they lack a continuing source of revenue or put up with annoying ads. Little do most people know, a legal battle between ad-blocker developers and content publishers is raging on. Publishers and advertisers opposed to ad blockers contend that ad blockers alter property that doesn’t belong to them—namely, the website hosting the ads.

While not as common as it once was, “jailbreaking” was, and still is, a contentious legal topic. Jailbreaking a phone, typically an iPhone, results in the removal of software restrictions that allow for more customization and access to the files of one’s phone rather than the “factory state” of the phone. As it currently stands, jailbreaking is legal, but its legality hangs from a narrow thread.

The 1998 Digital Millennium Copyright Act governs over the legality of jailbreaking one’s mobile device. In pertinent part, the law states: “no person shall circumvent a technological measure that effectively controls access to a work protected under [the DMCA].” The law allows for the public to propose exemptions to this rule every three years and gives legal protection to the exception, if approved, for three years. In the past, the government has approved these exemptions for jailbreaking, but the government having done so does not guarantee that it will continue to do so in the future. As such, the fate of jailbreaking remains to be determined.

As this essay has shown, the Internet allows individuals to participate in a number of different activities. Some are obviously legal and some are obviously illegal. For the most part, the legality of one’s activities on the internet have few grey areas. Yet, there are quite a few popular activities that many people, Americans and non-Americans alike, participate in that could potentially be illegal. Extracting audio from streaming services, using ad blockers, and jailbreaking phones are three heavily contentious activities that have resulted in lawsuits and have shaped what individuals can and cannot do on the Internet. These controversial activities remain at the frontier of what Internet users can do and only time will tell whether governments will find such popular activities to be illegal.